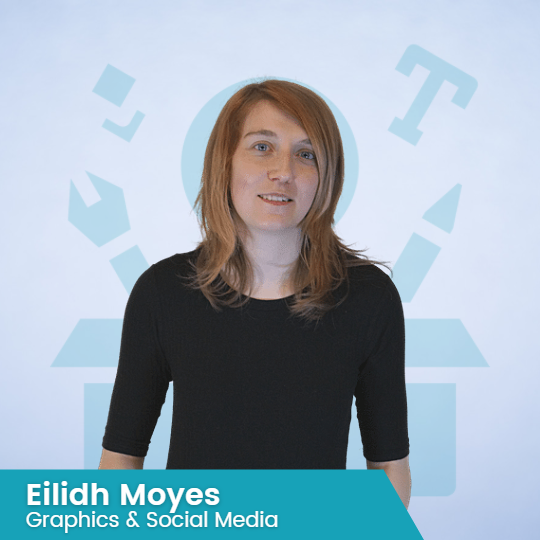 Eilidh Moyes is the creative mind of E2E Studios who has always been fascinated by the digital world. She graduated with her bachelors degree in Computer science specialising in Digital Media, and went on to carve her own path of creativity after years spent in education taking on internships, work experiences and becoming a finalist of British Computing Societies event Love lace colloquium.

She graduated from Edinburgh Napier University and went on to carve out her own path of creativity wherever she was. In her first year alone, Eilidh had products for sale for the Scottish tourism market; brought an agency back with a fresh re-branding effort; and found new projects to work on such as working with established charities like Women's aid east and Midlothian. Later, Eilidh worked with world wide established businesses such as The House of Bruar creating advertising and graphics contributing to 3% growth in profits for the year!

Eilidh has a creative mind and aptitude for problem solving and isn't afraid to turn traditional approaches on its head to make for memorable content and graphics.

What does Eilidh do at E2E Studios?

Not only does she make sure clients content is on brand and different from the competition, solving problems for the clients and their business, she also attends a range of networking events to meet new people.

She makes sure that every project be it social media, websites or graphic design gets completed to our high standards, with attention to detail - even if it takes a bit of extra time.