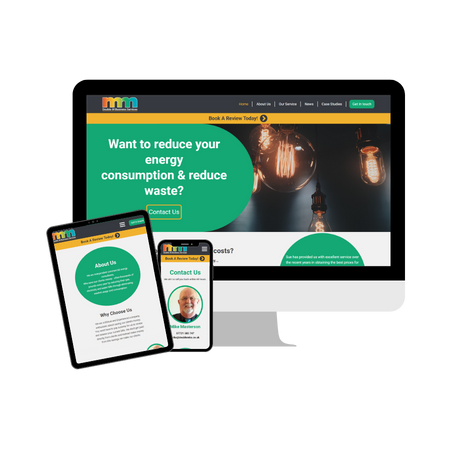 Double-M approached E2E Studios to design and develop a new and engaging website.
Their website needed a complete overhaul as it had become dated and was not meeting the modern standards that websites are held to.ld to.

E2E Studios developed the customer journey, researched competitors, and had an in-depth look at the brand and what elements of the brand would be used on the website.

After extensive research into competitors, the team decided to break the mould, create something that used white space, and encourage further action on all pages.
Instead of sticking with images of energy be it electric or gas, we decided it would be more appealing to use carefully selected images to show people in everyday situations.

This website was designed and developed by E2E Studios.

Get a Quote Today

A member of our team will be in touch to discuss your requirements in more detail to ensure we can match what you're looking for.